TAKE NOTICE THAT nomination forms may be filed with the Village Clerk and Treasurer’s Office located at 67 Pictou Road, Bible Hill, during regular business hours (8:30 a.m. to 4:30 p.m. weekdays) between May 7, 2020 and May 14, 2020 for two candidates to be elected Village Commissioners for three-year terms ending June 2023.

AND FURTHER TAKE NOTICE THAT qualifications of a Village Commissioner are set out herein:

An “elector” means a person resident within the Village entitled to vote at a municipal election, who will have resided in the Village for at least six months immediately prior to the Village election and;

Nomination paper forms, copies of by-laws, financial statements, policies and further information is available from the Returning Officer and online at www.biblehill.ca/elections.

VILLAGE OF BIBLE HILL
67 Pictou Road
Bible Hill  NS   B2N 2R9
902.893.8083
This email address is being protected from spambots. You need JavaScript enabled to view it.

Parks open for public use

Today, the Province of Nova Scotia announced a slight easing in restrictions related to recreation, in order to provide residents greater physical and mental health.

Residents can now enjoy our local parks and trails to a greater degree, but must continue to keep two metres apart and not gather in groups of more than five.

The Province has encouraged residents to walk to local parks and trails to use them, rather than drive a distance and park there, but are permitted to do so, if they must. If parks are found to be busy when you arrive, please try again at another time.

Thank you for your continued patience as we work through this together.

The Commission of Village of Bible Hill has approved its 2020-2021 operating and capital budgets and set property taxation rates for the year.

Said Lois MacCormick, Commission Chair: “In this time of unparalleled public disruption, and personal, business, and financial hardship, the Village Commission recognized that it was more important than ever to work to hold the line on property taxation rates. Each year, costs that go into delivering municipal services increase and we are pleased to be able to chart a path for the next year that allows us to deliver those services without increasing tax rates.”

The Village’s approved budget, which does not use debt, is set to invest $2.9 million over the coming year in Bible Hill through service delivery and capital infrastructure investments. On average, taxable assessment and assessments of Federal, Provincial, and other institutional properties that generate revenue for the Village are estimated to increase 2.5% to $400.5 million.

• Renewal of 700 metres of sidewalk on Pictou Road, between civic number twenty-four and Blanchard Avenue;

• Accessibility improvement at the Village Hall and Fire Station building;

• Renewal of one fire apparatus and various equipment for Bible Hill Fire Brigade;

• Renewal of one maintenance vehicle and equipment;

The Village Commission is keen to lead Bible Hill onward in progress over the year ahead.

The regular meeting of Village of Bible Hill, scheduled for April 21, 2020 at 7pm will be held virtually via video-call. 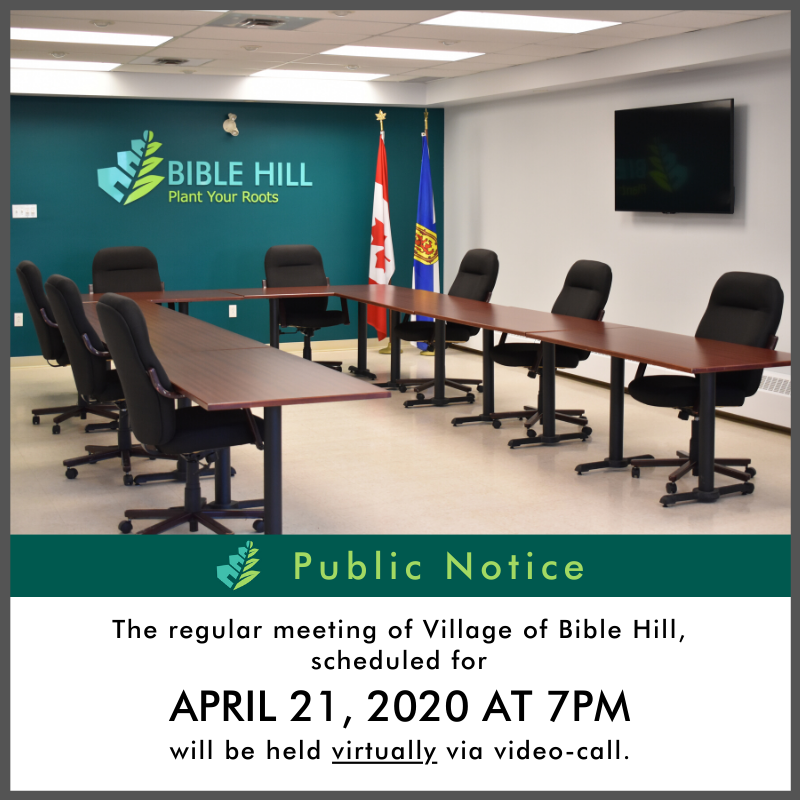 The regular meeting of Village of Bible Hill, scheduled for March 17, 2020 at 7pm is deferred.

Due to public health concerns, Village of Bible Hill's March Break activities have been cancelled.

We hope everyone has a safe and active March Break. For those looking to get outside, our parks and trails remain open to the public. 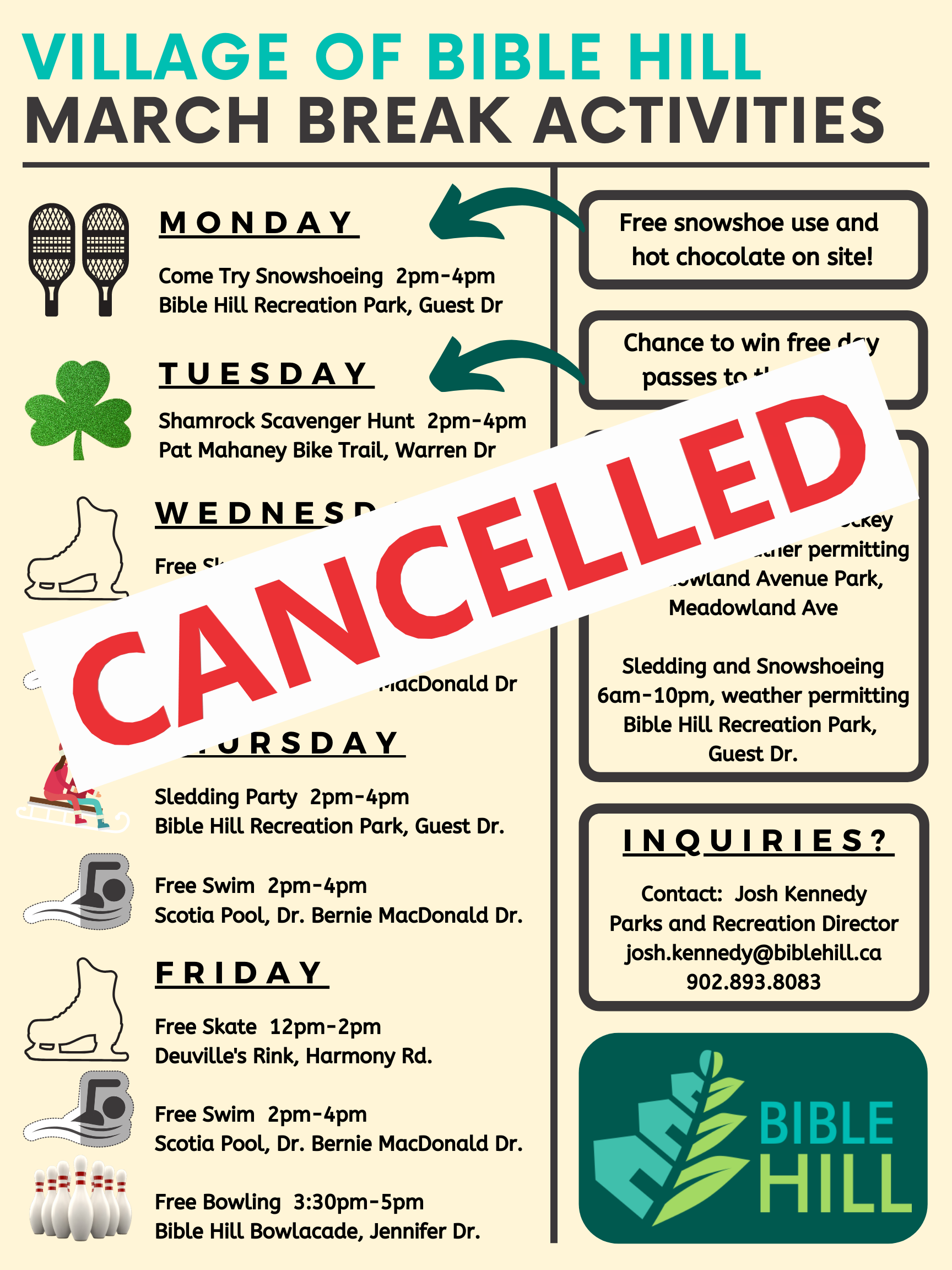